This is the sort of bike that will have traditionalists, custom motorcycle enthusiasts and the new wave of Café Racer Instagram luvvies bristling with rage: a modern motorcycle that rolls off a production line pretending to be a hyper-cool custom machine.

But even as a fan of the beautiful works of art that are currently being produced by cottage industry builders from across the globe, I can still confess my love for the ‘mass produced’ Triumph Bonneville Bobber.

Why? Because it works. It works in a literal sense – as in you twist the key and the bike fires without complaint, every time. Certainly not something that can be said for my vintage Honda creation. 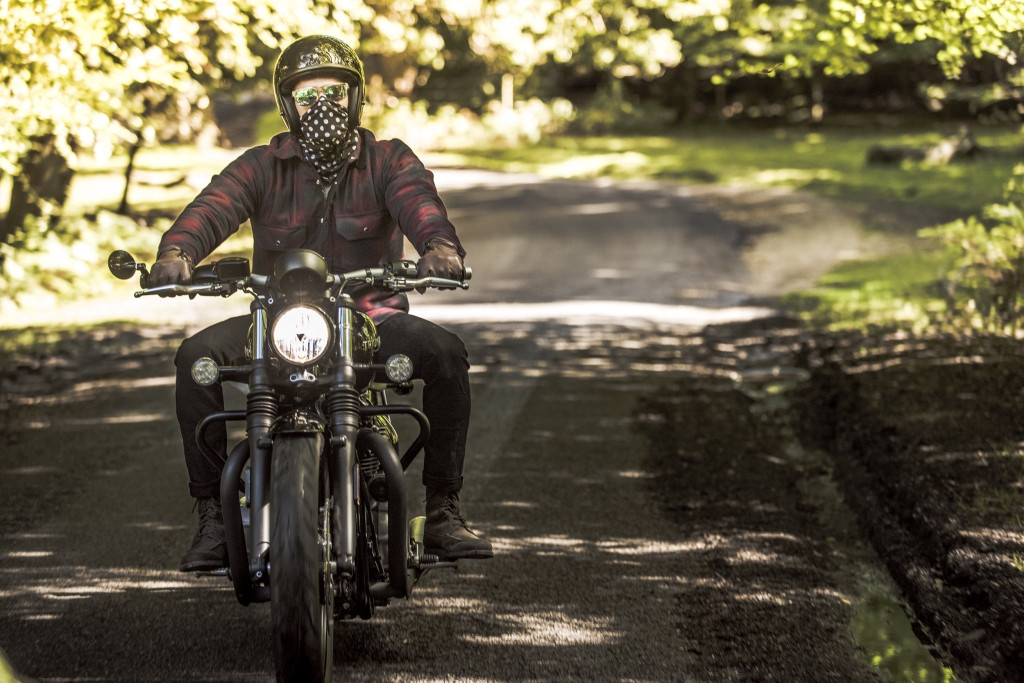 However, it also works from a purely aesthetic angle, with Triumph’s design team adopting a level of detail that is rarely found on a motorcycle that resides in a shiny showroom.

Even with MOT-friendly indicators and front fork reflectors, there’s more than a whiff of menace about Triumph’s most outlandish creation in recent years.

There is plenty to appreciate the closer you look too, with an authentic battery box, complete with metal closing clasp, bar-end mirrors, rubber gaiters on the front forks and a drum brake-inspired rear hub harking back to the bobbers of yesteryear. 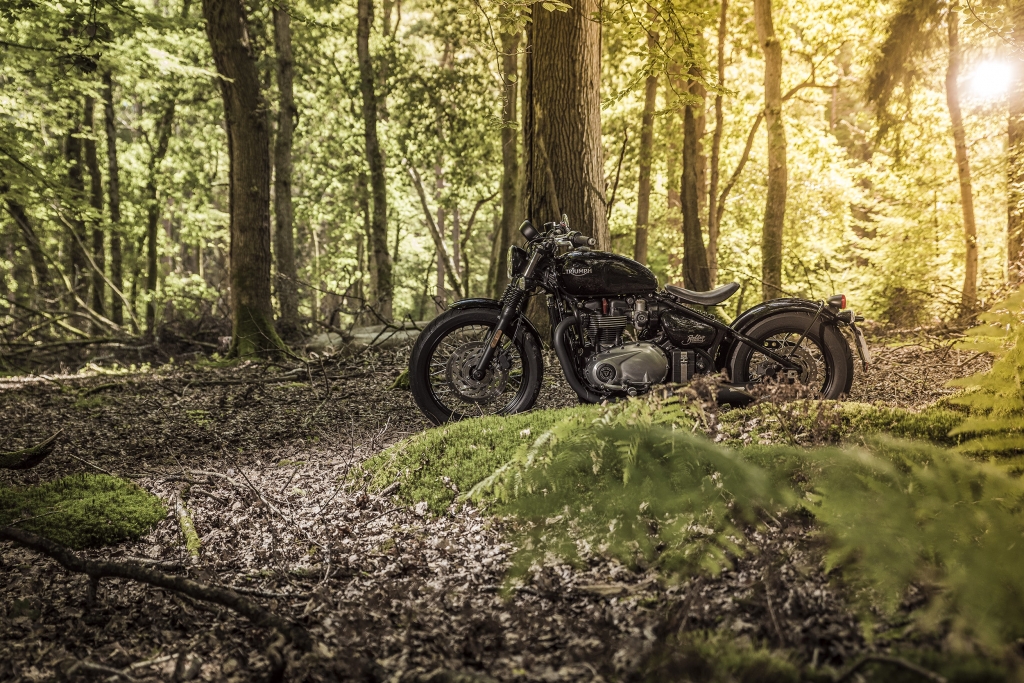 The Triumph Bonneville Bobber is not a large machine (the seat hovers just 690mm above the tarmac) but it manages to look squat, purposeful and a little bit aggressive, while the neat single seat places the rider right in the middle of the action.

As a result, the overall seating position is pretty comfortable and it’s only at top speeds that a lack of screen and wide bars threaten to send the rider rearwards.

Twist the little key in the ignition barrel, which sits just under the pretend carb housings (these actually host fuel injectors), and the big T120 engine rumbles into life. 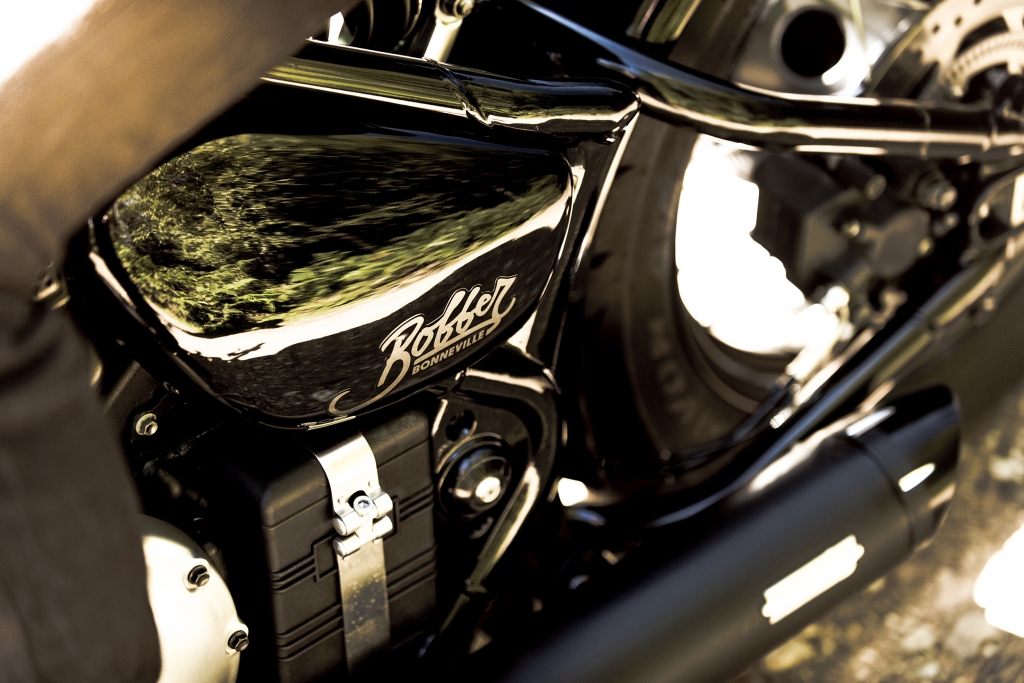 This particular test bike was fitted with a Vance & Hines exhaust and the note proved nice and fruity but not too ‘in your face’.

The same can’t be said for the performance.

Perhaps most surprising is the Bonny Bobber’s ability to pick up pace. Triumph’s T120 engine produces 106Nm of torque in this guise and a spirited twist of the right wrist almost had me almost flying off the back of the retro-feel pew. 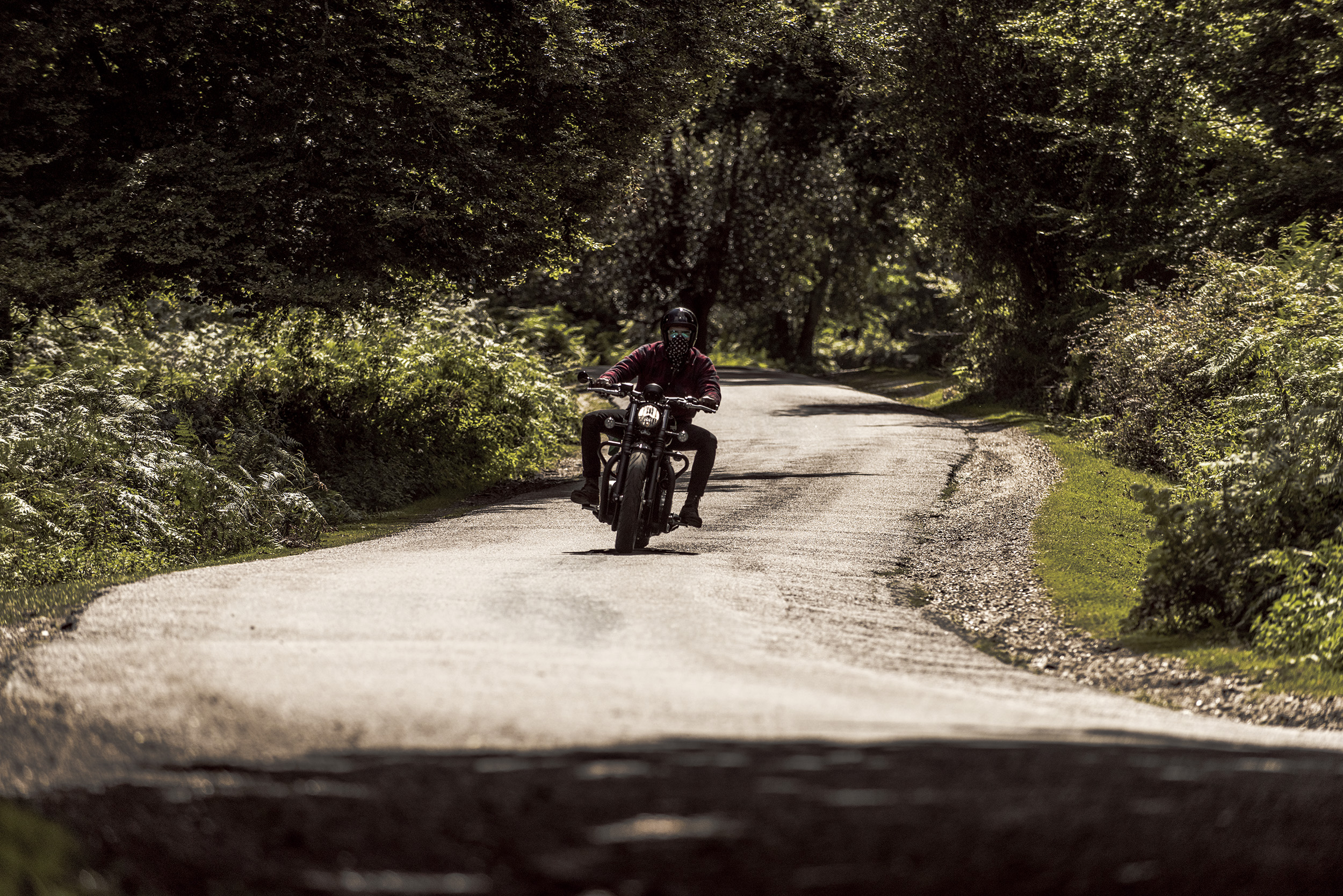 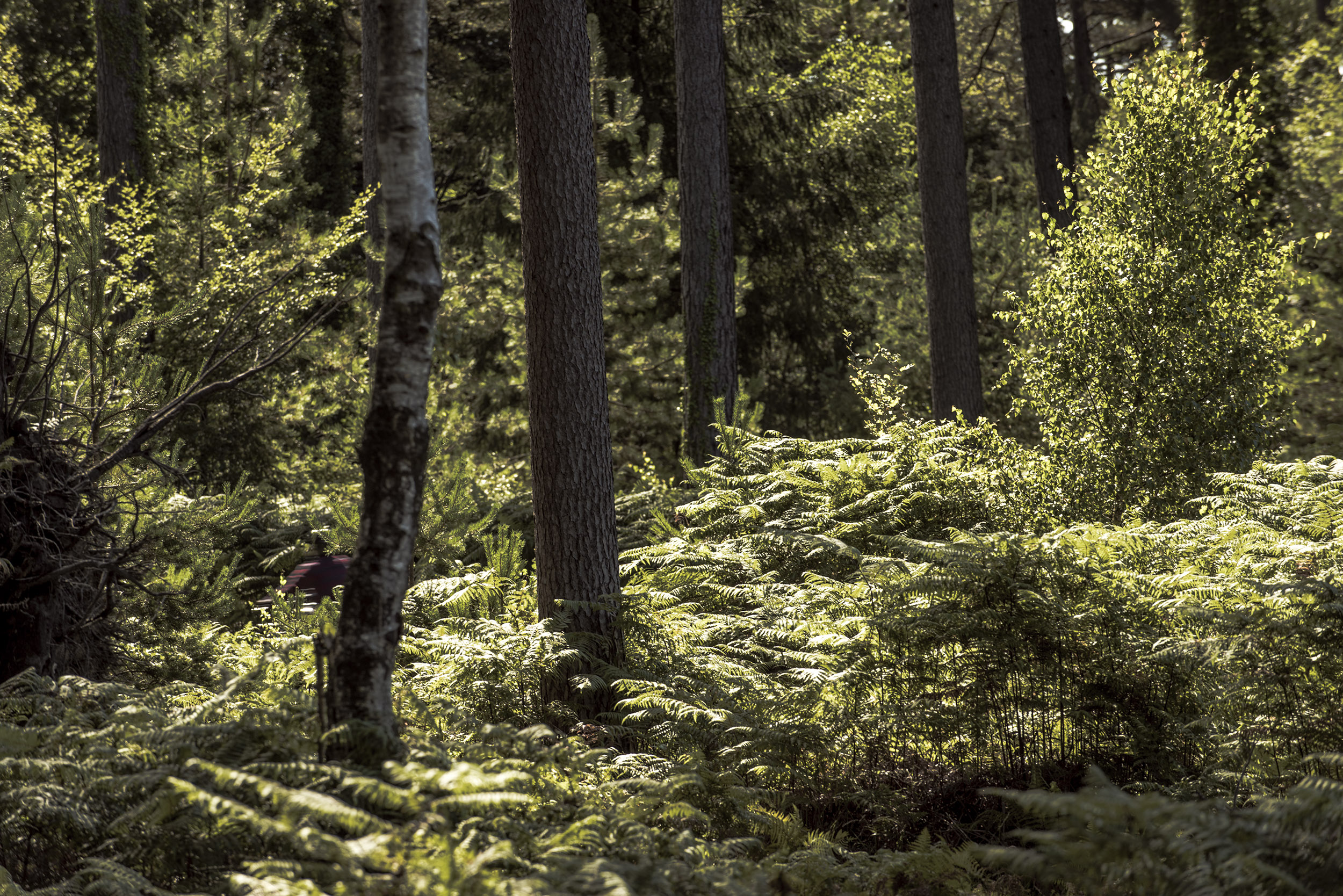 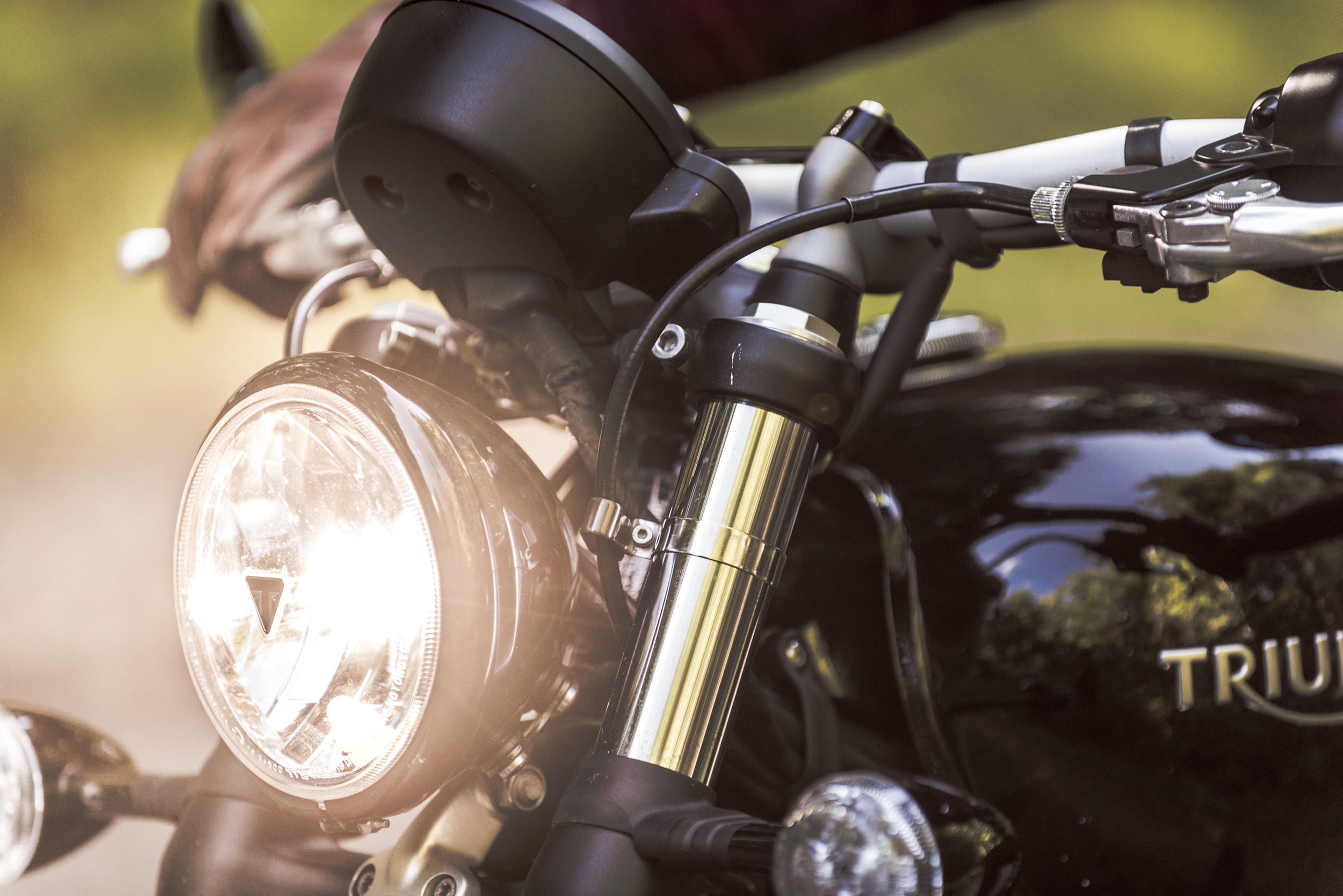 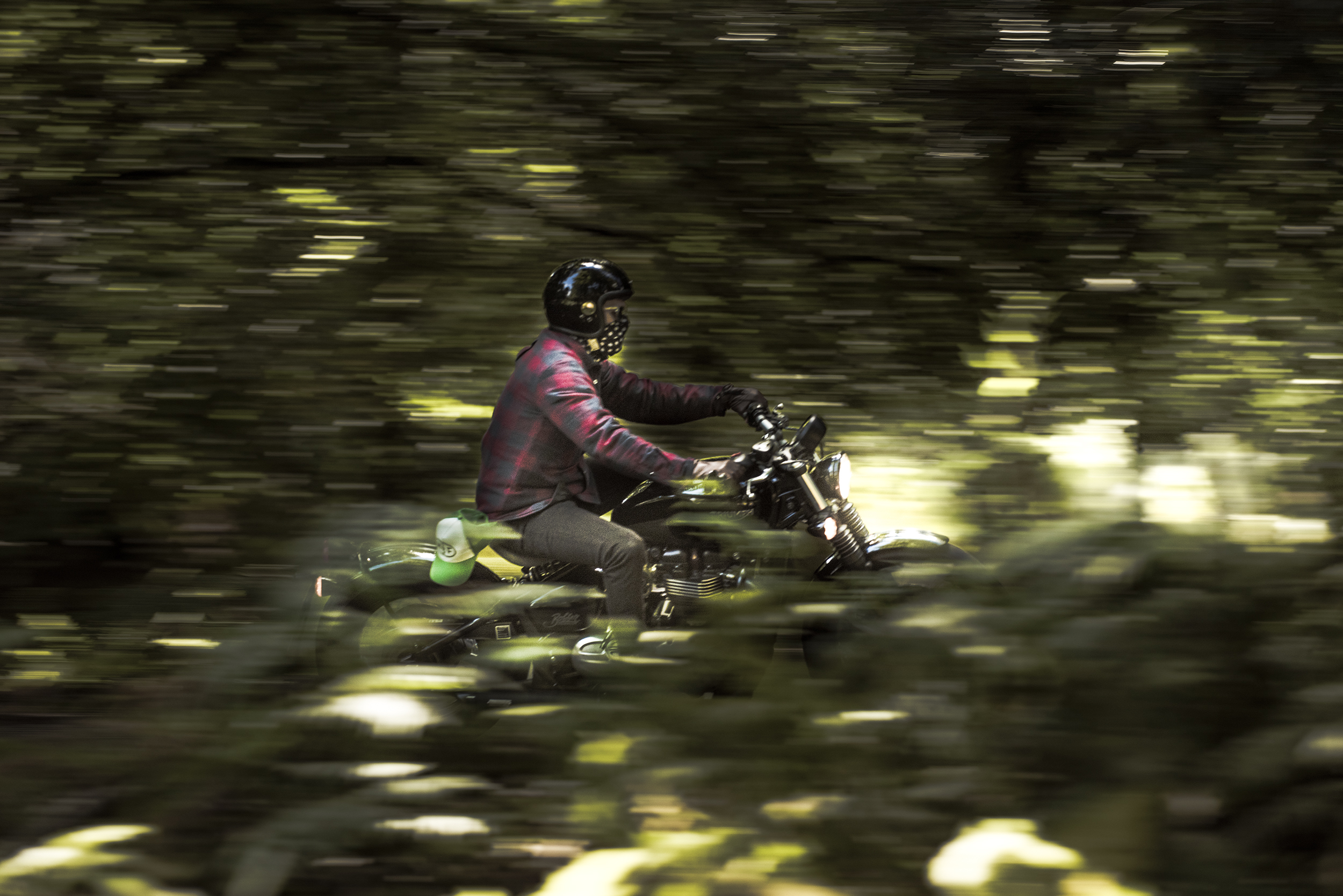 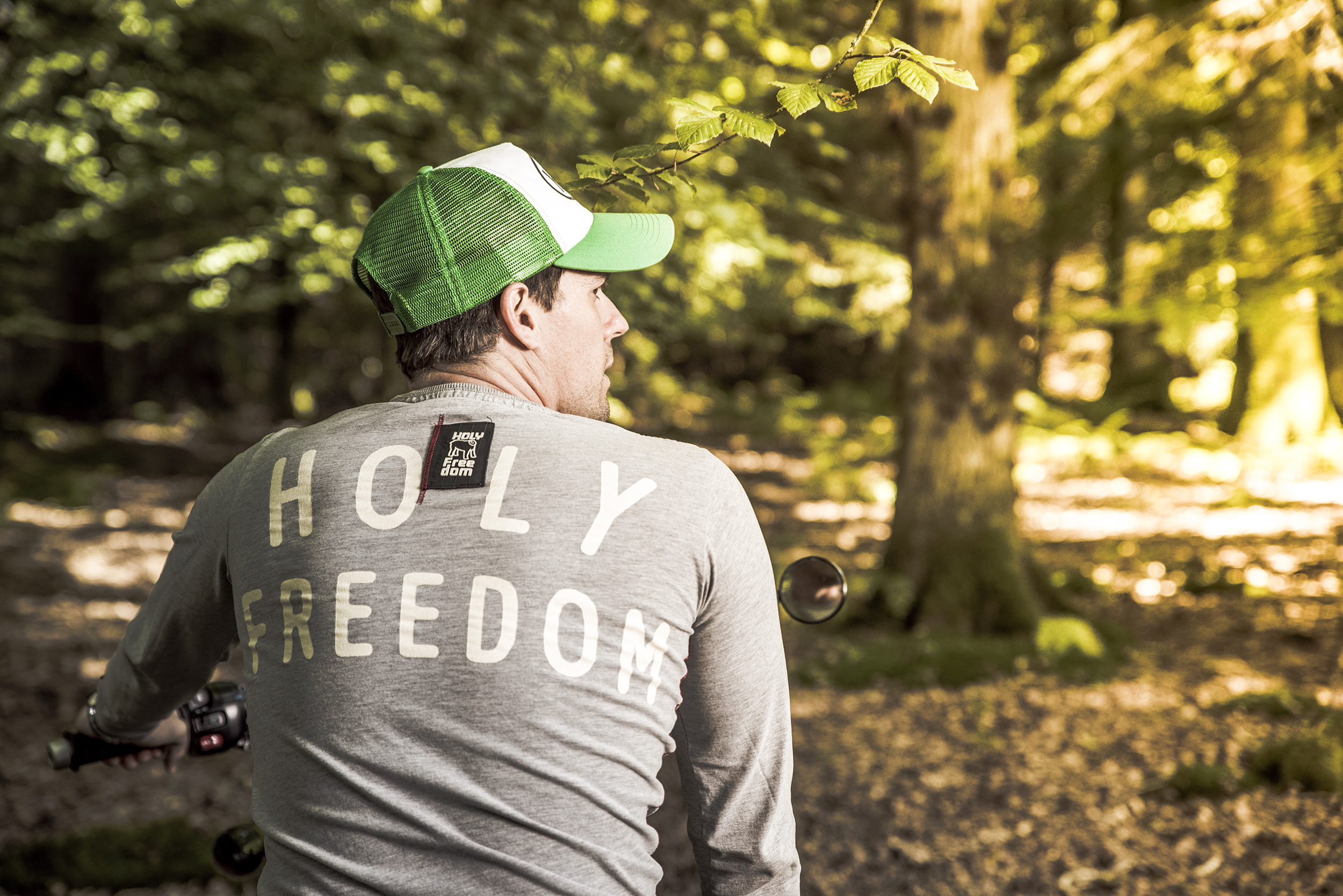 It soon became apparent that this low-slung cruiser was actually pretty adept at delivering the goods when the roads became interesting, yet still managed to cruise with the best of them.

Plus, it benefits from modern safety tech, such as ABS and selectable traction control modes, as well as an innovative adjustable aluminium seat pan that can easily be shifted up, down, forwards and back to suit a variety of rider heights and preferences.

Granted, I found said seat a little bit uncomfortable and there’s a lot of sliding around the faux leather covering if you decide to ride in jeans (protective, of course), but the Bobber proved more of a hoot than I ever could have imagined. 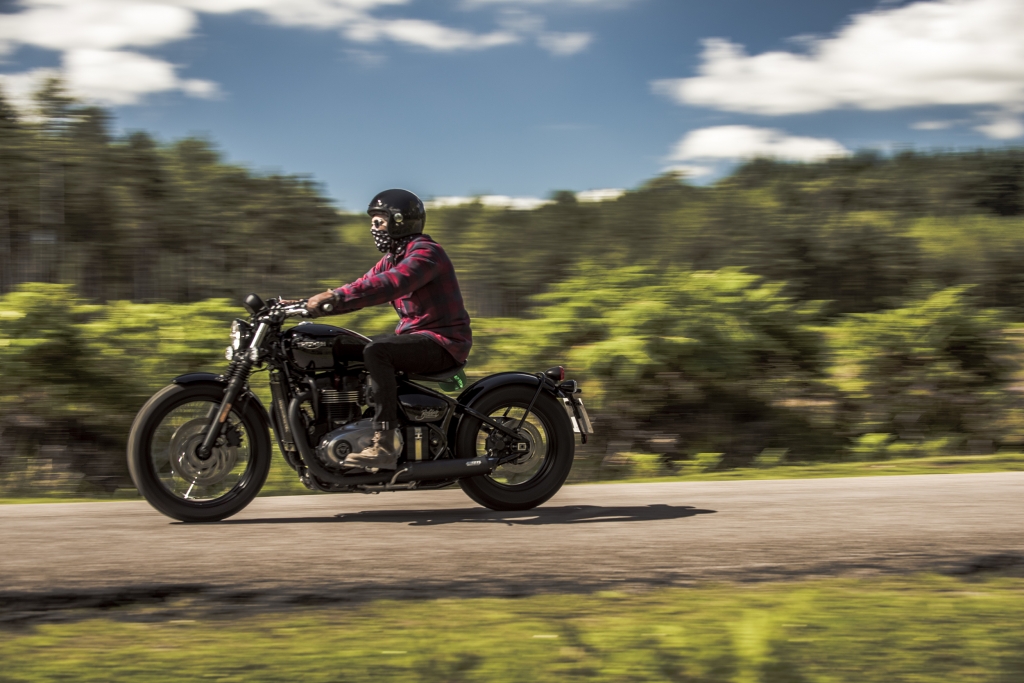 This is down to the addictive T120 engine, which has been tuned specifically for this model to deliver an extra dollop of torque, while a smooth ride-by-wire throttle system delivers beautifully linear acceleration and greater control.

“Triumph’s T120 engine produces 106Nm of torque in this guise”

At £10,600, it certainly isn’t cheap but it makes more financial sense than the stacks of garage bills, endless breakdown costs and the hard-to-find replacement parts associated with vintage custom machines.

That might not be the coolest thing to admit but it does make a lot of sense.