Ever since a shirtless Steve McQueen sat looking effortlessly cool atop his stunning Triumph Scrambler, many folk have tried to replicate this chunky-tyred, desert sled styling in their own garage-built projects.

But despite originally supplying the bike to the legend himself, it has taken a little while for Triumph to play on its heritage and unleash a machine that feels as at home playing in the sand dunes as it does cruising the local cafes on a sunny Sunday morning.

Step forward the Triumph Bonneville Scrambler 1200 XE: a bike that takes plenty of styling cues from popular Bonny Street Scrambler but injects a healthy dose of off-road tech to ensure it won’t wither when the road runs out. 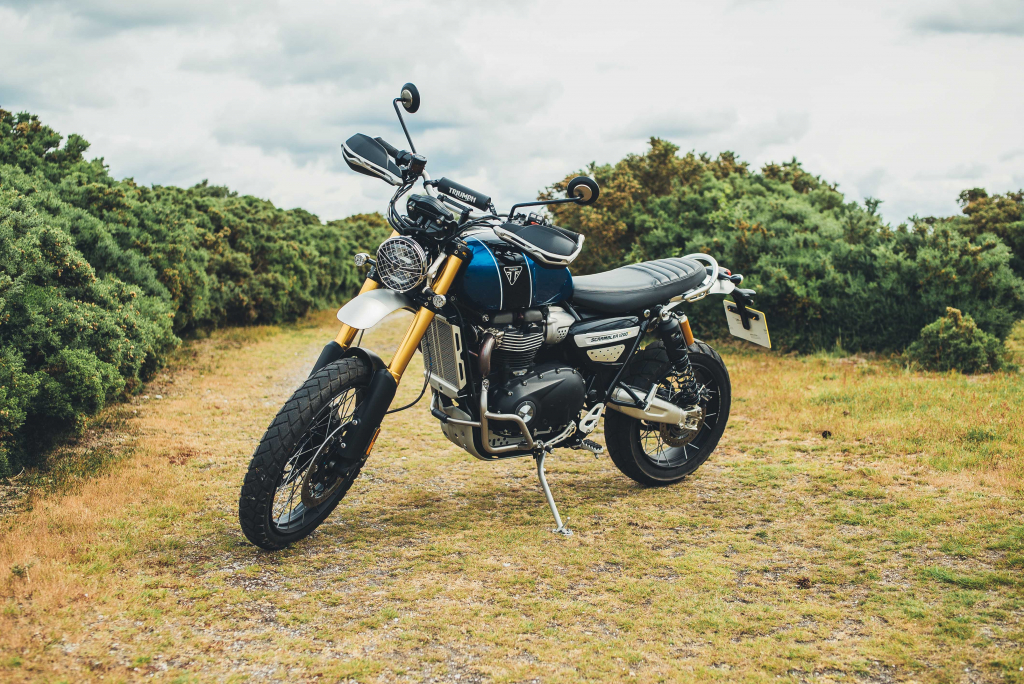 At the heart of this new machine is a slightly lighter version of the punchy 1200cc high-performance twin that is found in the Thruxton, but it has been tuned to offer the sweetest blend of performance on road and off.

Ignore the peak power figure (89bhp), because this lump is all about torque and the silky smooth way it delivers its 110Nm. First and second gear have been deliberately fettled for maximum grip on the slippery stuff, but it equates to some seriously rapid acceleration on the Tarmac, too.

This particular test bike came in XE flavour, which goes heavy on the ‘dual-purpose’ technology and includes the gorgeous Öhlins twin shocks at the rear, Showa upside-down forks at the front, side-laced rims and a massive Brembo M50 braking system. 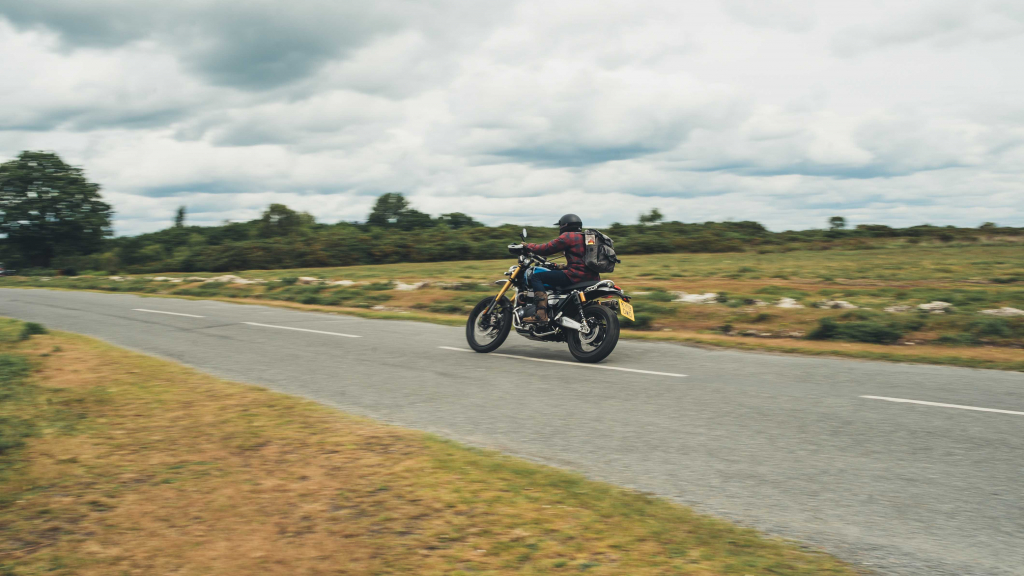 It is a bit of a unit to behold and compared to the much lower and lighter 900cc Street Scrambler, it takes a fair amount of muscle work to heft around tight parking spaces or, in this case, an awkwardly shaped patio.

The additional suspension travel also means the set-up is very tall and anyone under the 6ft mark will likely find a bit of embarrassing tippy-toe action will have to be embraced when traffic comes to a standstill.

That said, it is an absolute joy to ride once the wheels start turning, with a beautifully predictable torque-assist clutch and ride-by-wire throttle making low speed riding a breeze. Plus, high-speed handling feels precise, despite the 21-inch wheel at the front. 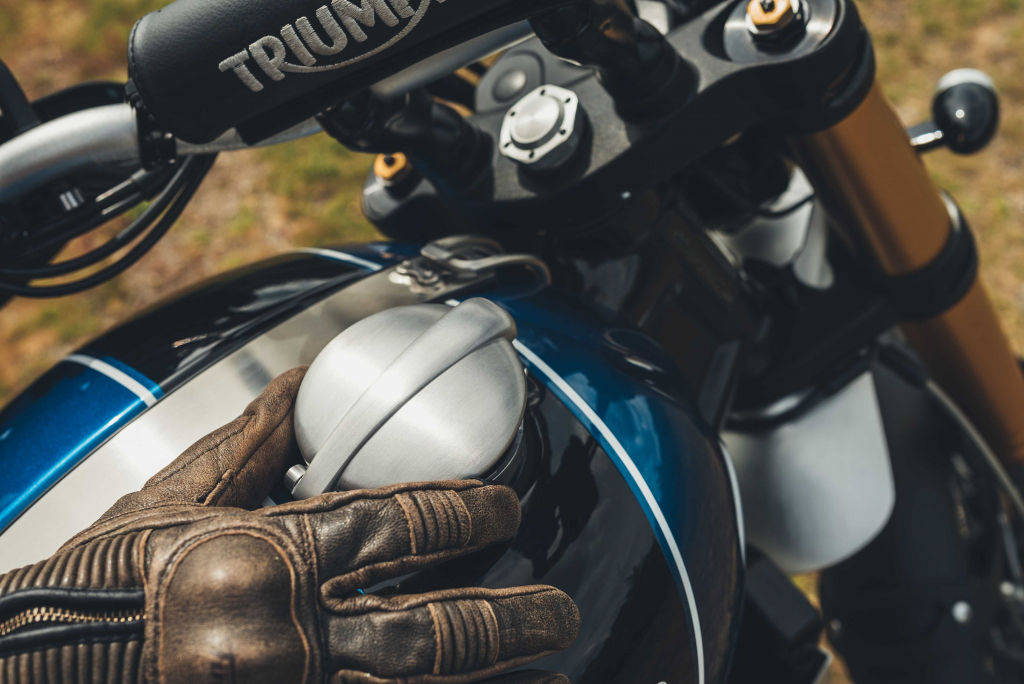 Approach a favoured B-road and the Scrambler 1200 just begs to be flicked through the turns, a generous six-stage traction control system allowing for plenty of ABS and TC adjustability.

On top of this, a 16-litre fuel tank (you gotta love that Monza-style filling cap and tank fastener detailing) ensures there is around 150-miles of riding time between pit stops, even when sat at motorway speeds.

Our week with the machine offered plenty of challenges, including a bum-numbing hack from the south coast to Heathrow airport and back. The Scrambler handled the mundane stuff well, with cruise control on this model coming in very handy indeed. 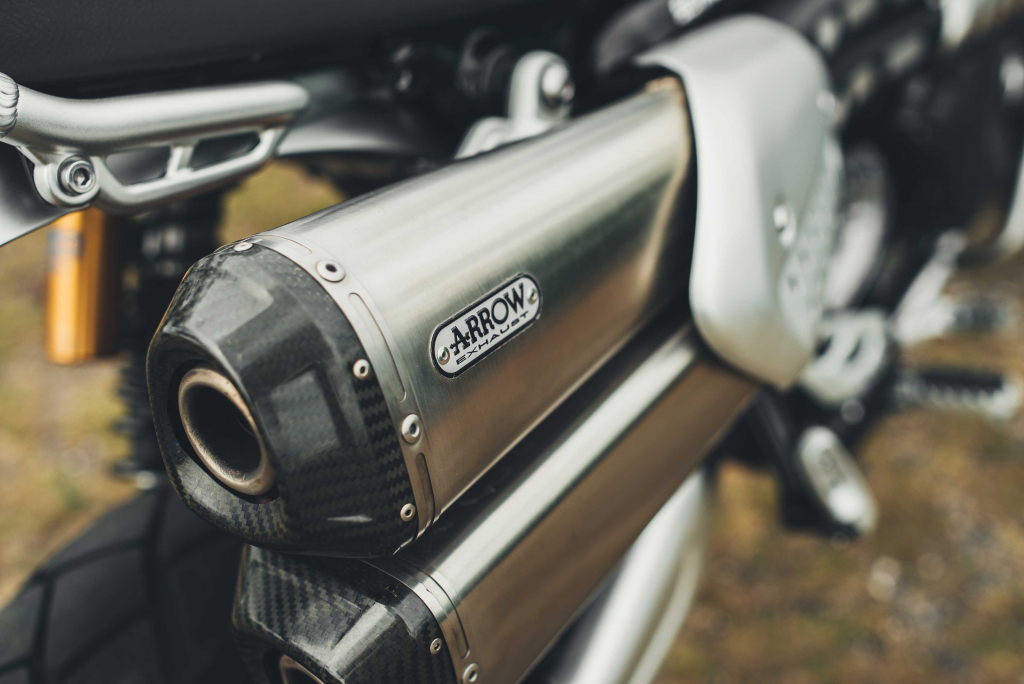 However, the upright seating position and lack of front screen meant most of the pain was felt in the neck and chest, thanks to a massive amount of wind buffeting, while the relatively thin seat became slightly uncomfortable about 60-miles into the journey.

But then Triumph doesn’t really offer this as a tourer, instead highlighting its ability to hammer the high mileage and then master the mud when the mood for a spot of off-roading takes hold.

Even on our fairly limited stretch of local green lanes, the big Scrambler felt sure-footed and confident over the mix of sand, mud and gravel terrain. Mastering the numerous riding modes takes a bit of getting used to and on more than one occasion we reverted to hitting Off Road Pro, which essentially switches all of the electronic safety nets off. 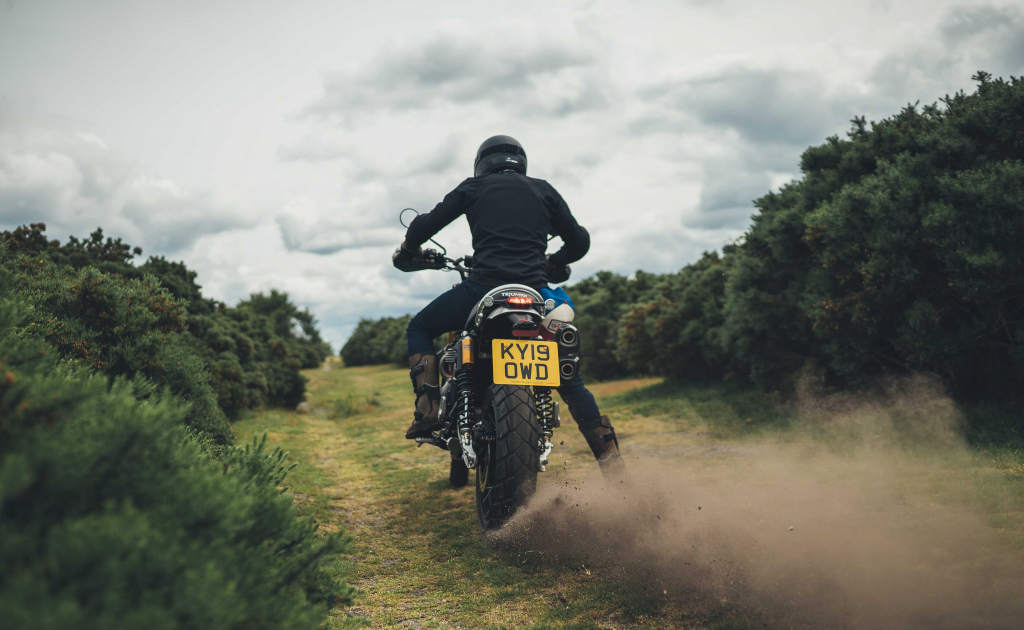 Interaction with the bike is now through Triumph’s second-generation TFT instruments, which look absolutely stunning and work brilliantly out on the road. Scroll between various layouts and contrast options via a thumb stick, cycle the numerous traction control options and enjoy the ease of the marque’s keyless ignition system with minimal distraction from the route head.

There is also a USB charging slot, which we spent ages looking for but still couldn’t find, and Triumph claims this is the world’s first motorcycle to feature built-in GoPro control functionality via Bluetooth.

Probably handy if you like capturing clips for posterity, but we preferred the Google turn-by-turn navigation that can be beamed to the display when a bespoke Triumph smartphone app is tethered. 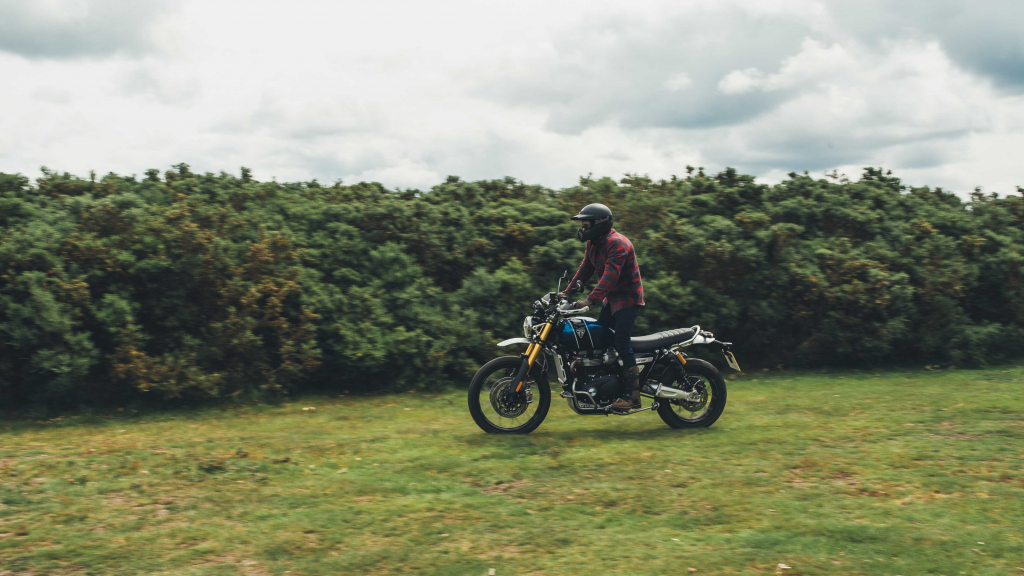 It is a formidable suite of technology that goes hand-in-hand with the Scrambler 1200 XE’s impressive ability to handle a multitude of situations.

Granted, lots of buyers are probably going to gravitate towards the XC for its slightly more comfortable road-going manners but the additional £800 for the fully equipped XE feels like a bargain.

At £12,300 on the road, it feels like a lot of bike for the money and more importantly, it finally feels like a proper scrambler. Mr McQueen would be proud. 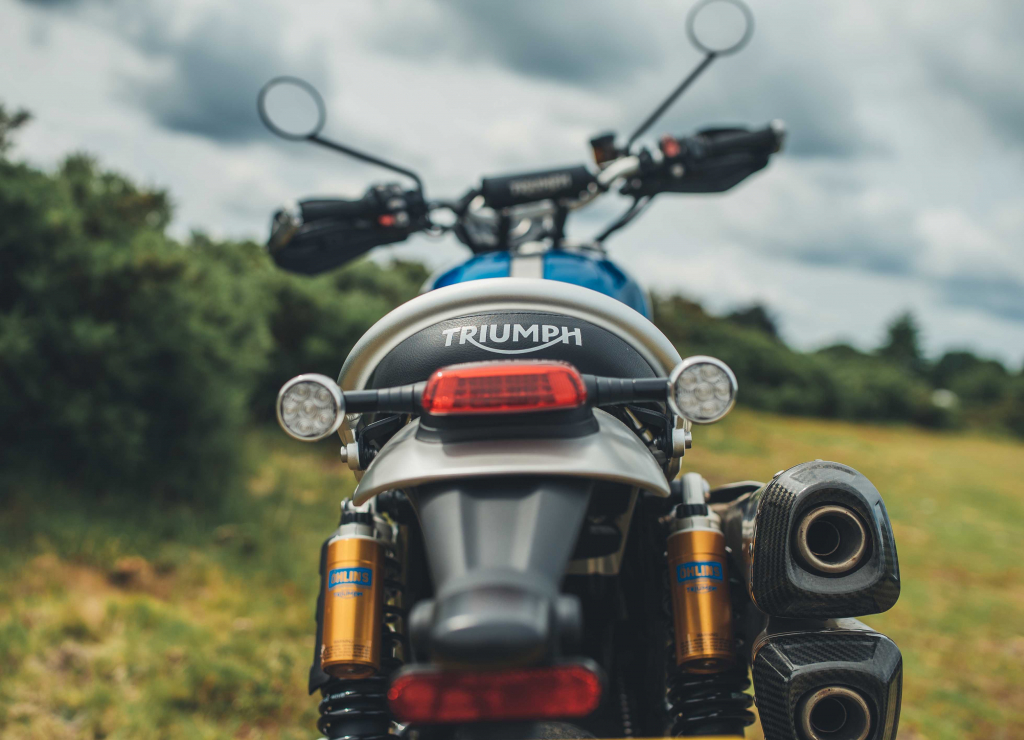